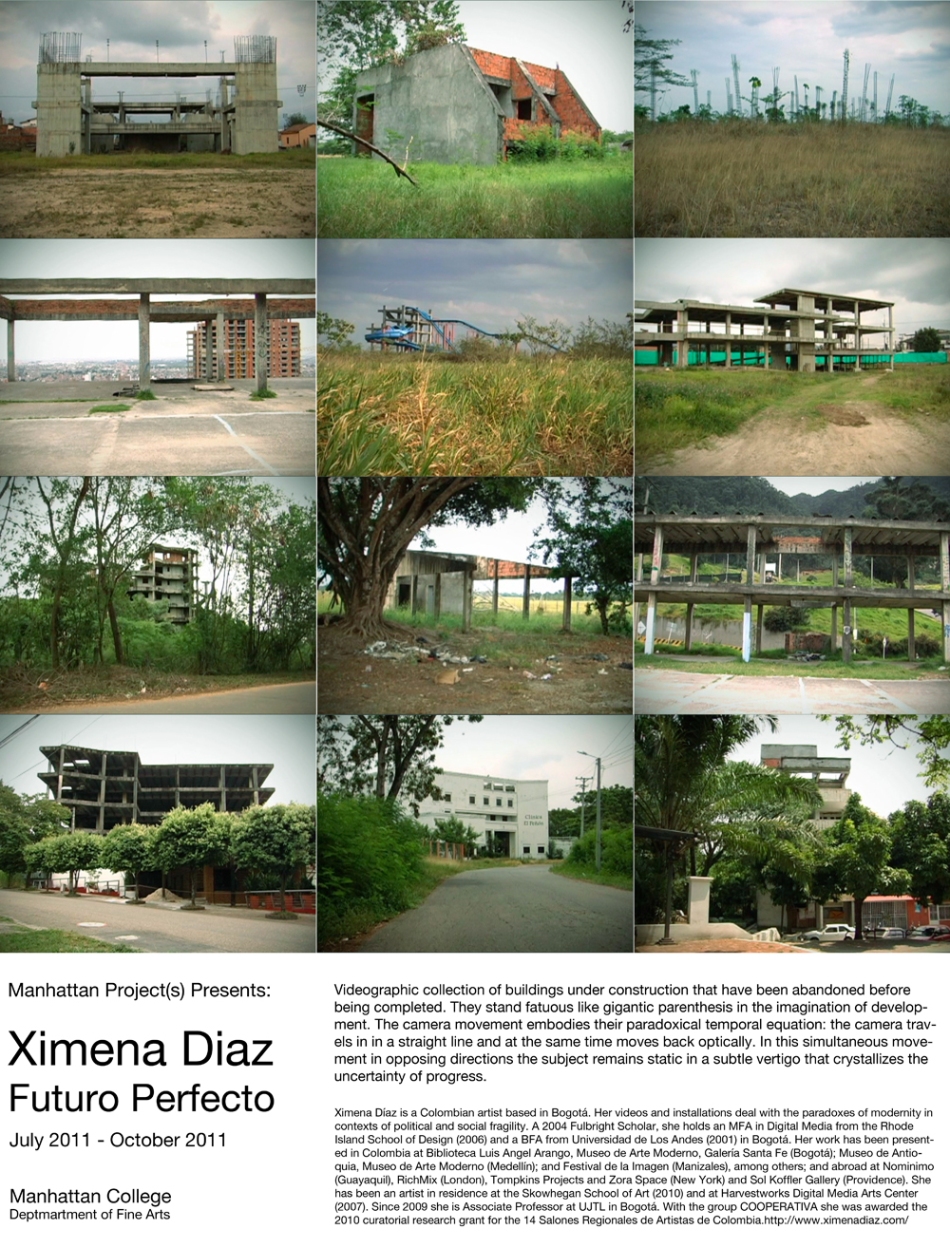 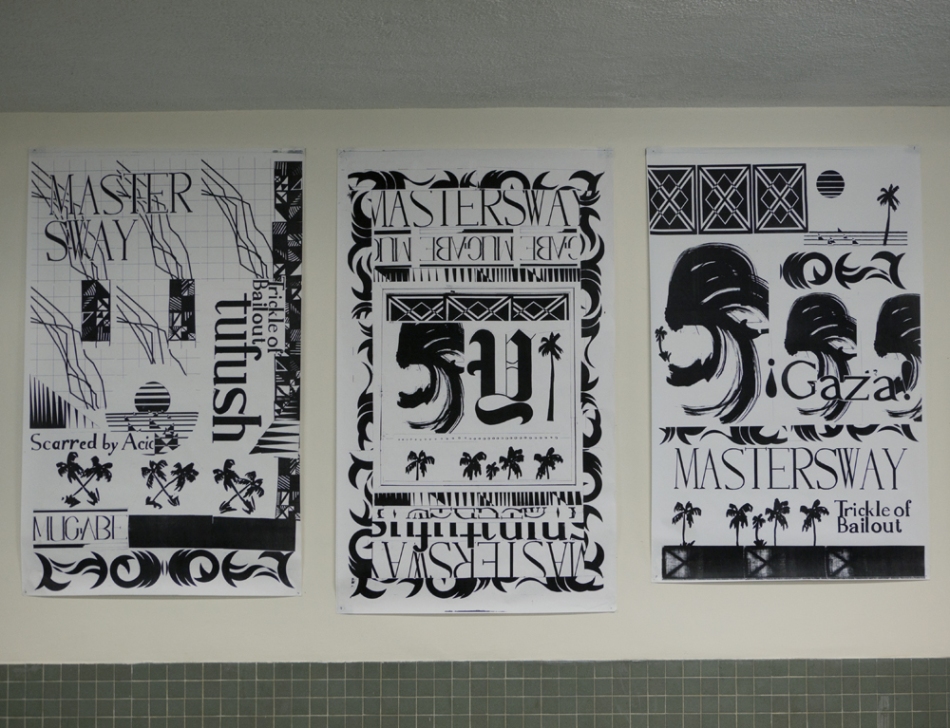 David’s work is an investigation into the relationship between form, image, and space, and how meaning, such as a political message or a sense of empathy, gets communicated through the three. A mixed media amalgamation, the work is connected by its subtle use of formal approaches, embracing the viewer with the known while revealing a hidden agenda to the appropriation. Working in Photography, Video, Painting, Drawing, Sculpture, Sound, and installation; the tropes, or baggage, of the various mediums take on a semiotic presence, becoming a language in a contemporary story about an advancing world; a sort of contemporary hyroglyph.

The Report Posters, 2010, are large scale xerox collages created from numerous ink drawings largely sourced from NY Times editions.  The drawings focus on details from the newspaper that when taken out of context act as a collective stream of consiousness.  This subliminal history offers a form to the amorphous mass of information that pervades daily life.

David was born and raised in Southern California but has lived and worked in Brooklyn, NY for the last 10 years.  He has exhibited numerous times both nationally and Internationally during that time including Assemblage @ Artjail in NYC (2010); Other Spaces @ Center 548 in NYC (2010); No Soul For Sale @ X-Initiative in NYC (2009); Mexico City (2008). In 2007, he formed Left Coast Collective along with friends Sarah Frances Kuhn and Lane LaColla.  He currently plays drums and sings in Anita Fix and the Ecstatic Gestures. 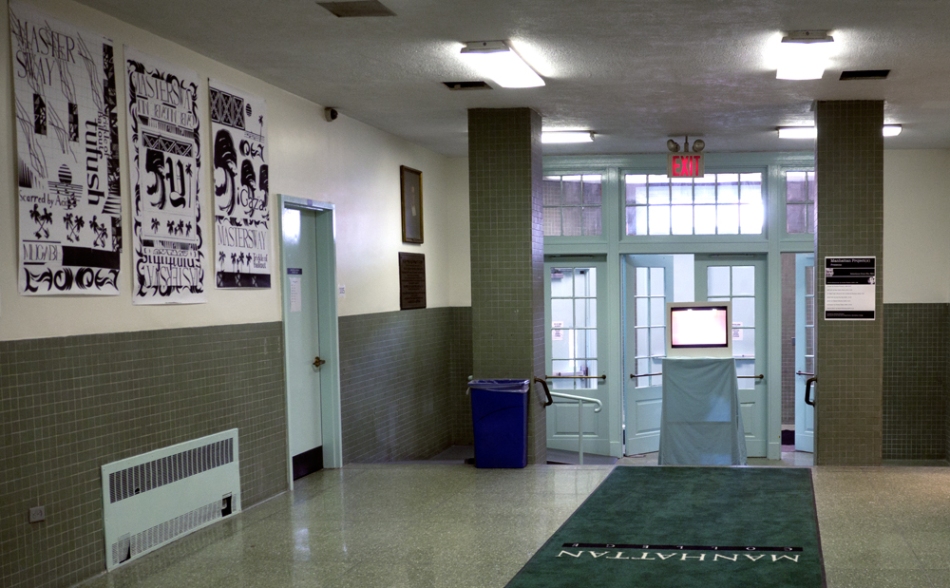 The Immediate History of 14th Street, 2009
A map and window signs display stories recounted by the people – shop owners, vendors and workers – who spend nearly every day on 14th Street. Locals who are the street’s public face contribute to the memory and recent history of 14th Street, sharing individual stories of change and continuity that complement existing historical, architectural and political histories. The project was presented as part of the Public Art Festival AiOP 2009: SIGN in October 2009.

For the project I visited every ground floor accessible business and organization along 14th Street – from high-end boutiques to pizza places, from barber shops to a church – asking the owners and employees to share their observations of 14th Street. In the end stories of 40 businesses were presented, 31 on window signs at the businesses themselves and 9 on the accompanying map.

Bettina Johae’s projects about the change and perception of cities have been exhibited at the NYPL, ICP, Bronx Museum, Goethe Institute, Aljira, Smack Mellon, NUS Museum Singapore, Maccarone Gallery and at AiOP and Conflux festivals. Awards and residencies include the AIM and EMERGE programs, a DAAD fellowship, the MacDowell Colony, NUS Center for the Arts/Singapore, Pilotprojekt Gropiusstadt/Berlin, SIM/Reykjavik and the VLA Art & Law residency. Her project “borough edges, nyc” is in the photography collection of the NYPL. She holds MAs in Architecture and in Studio Art. Born in Berlin, Germany, she now lives in Brooklyn. 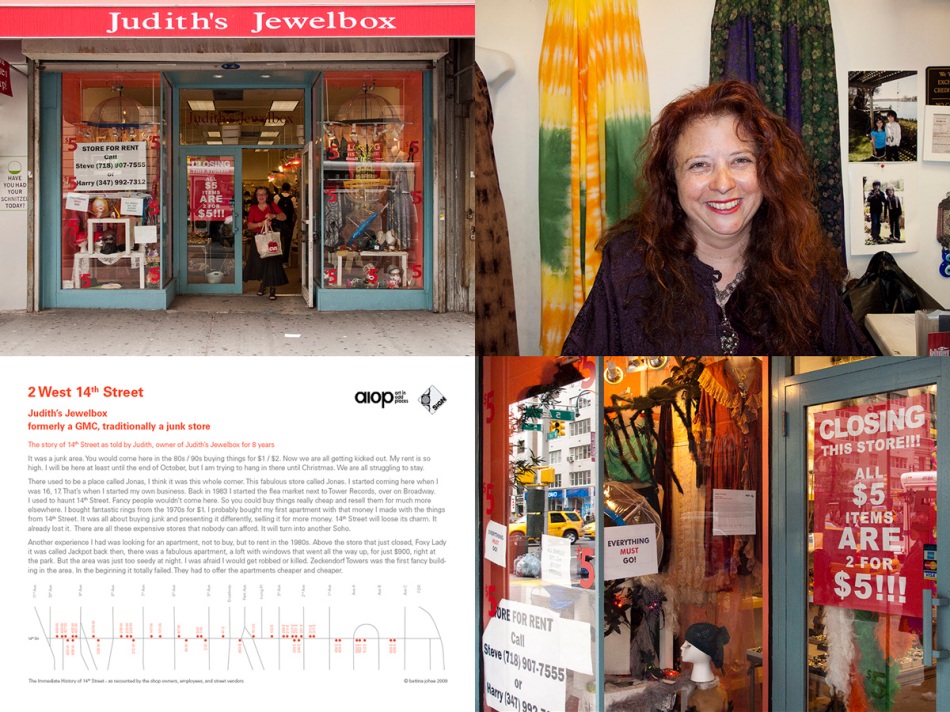 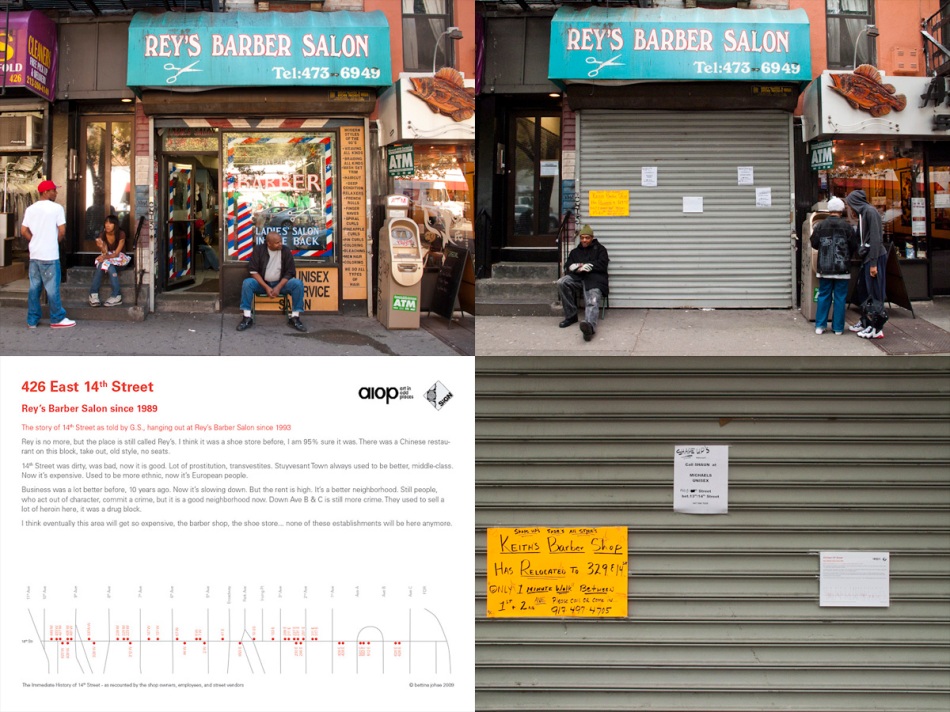 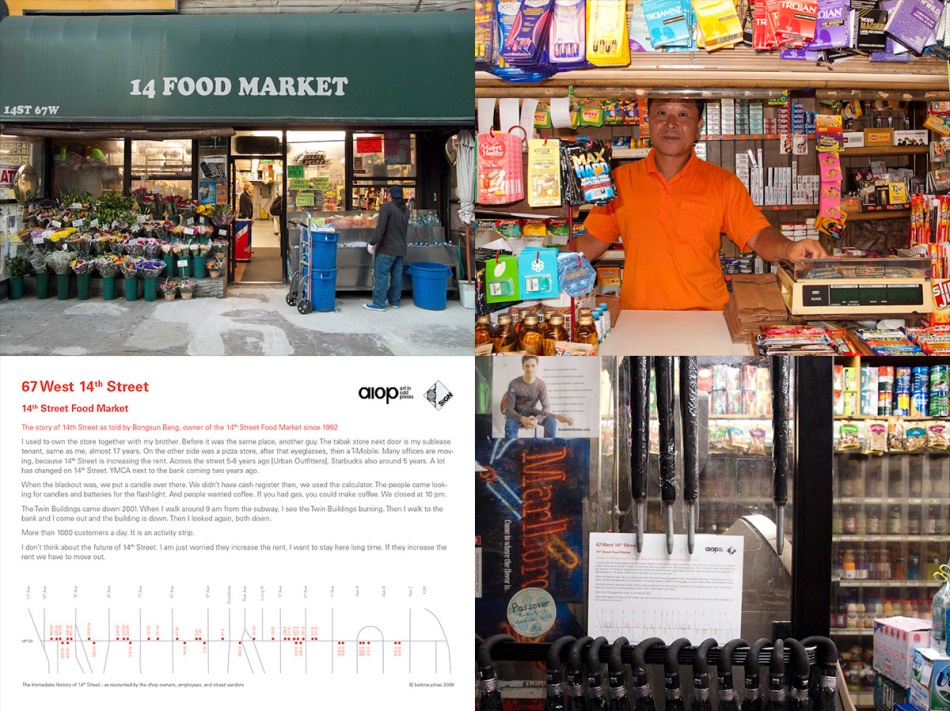