Faculty Studio is an ongoing collaboration between Professor Gautam Kansara and Manhattan College’s digital photography classes. In the last decade collaborative art practices have been catapulted  into the mainstream.  Teaming up and joining forces have proved to be integral to innovative cultural production, where skills and ideas are traded and nurtured within a collective. Faculty Studio aims to engage students with the professional art practice of their professor, ascribing to a philosophy of learning through practice. Elements from Professor Kansara’s studio have been temporarily relocated to the gallery space within Manhattan College’s Department of Visual and Performing Arts. In effect Kansara’s practice has been transferred to the college and opened to the academic community  à la an artist-in-residence. Using the classroom as a forum to create and develop works that utilize the visual and conceptual underpinnings of Kansara’s work, the students become active participants as they are instructed and familiarized with their professor’s practice.

Kansara’s current body of work addresses the changing nature of memory. As daily life becomes increasingly mediated by recording devices that augment, replace, and alter how events are experienced, the veracity of memory becomes malleable. The tendency to view live events through our cameras or phones is so ubiquitous that there is a negotiation between the way one remembers events in their own mind, and how these events are represented through various recorded media. The imagery goes through several iterations, first captured by a video camera, then corrected on a computer, then projected onto paper and re-photographed, pointing to memory as being increasingly fugitive, viewed through a lens that can be re-focused and overwritten.

“Artistic collaboration raises interesting and crucial questions about the nature of authorship and authenticity that inevitably disrupts the persistent and popular image of the artist as a ‘heroic’ solitary figure. Common to most collaborative practices is an implicit critique of the idea of the artist as a figure that stands outside of society engaged in an internal singular dialogue.”
-Mark Dunhill & Tamiko O’Brien, 2005 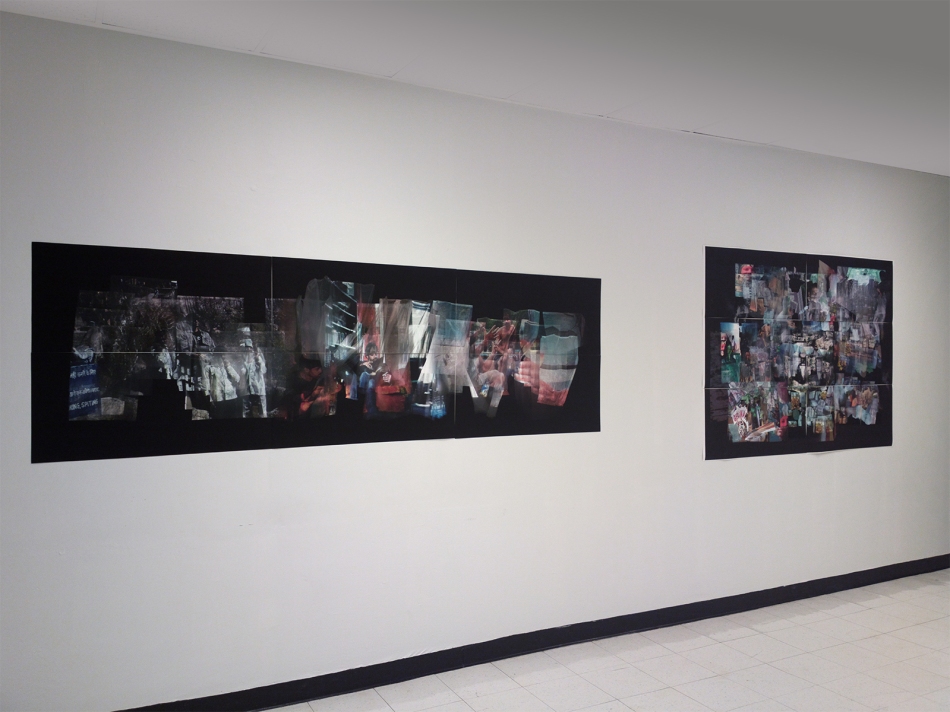 This entry was posted on December 18, 2013 by Manhattan Project(s). It was filed under Exhibitions .